The Who, Why, And What Of RASP’s Scurity Application 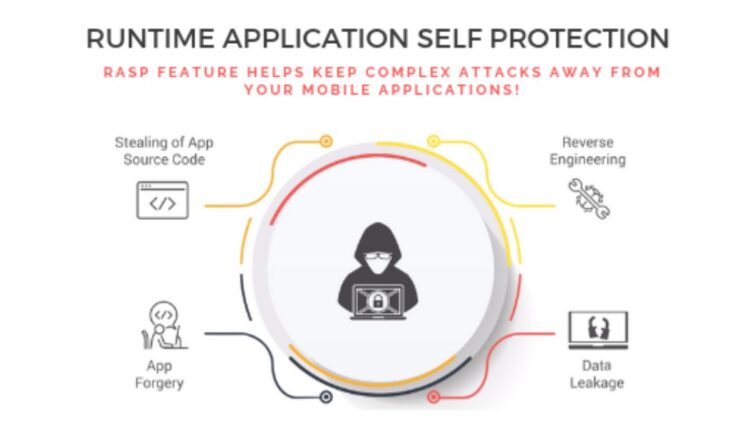 It is capable of controlling the adoption, execution, detection, and prevention of real-time attacks.

The security products of RASP can be integrated into an application that monitors and prevents attacks at any time by monitoring and interpreting user behavior.

The moment an attack is detected, Rasp Security issues security alerts, blocks the application request for individual attacks, and in some cases, patches the application virtually so that attacks do not occur further.

Due to the feature of visibility, it enables them to detect attacks in an accurate manner, reduce the degree of false positives, and report or block those actions that comprise regular security threats.

Organizations are resorting to the use of RASP as zero-day defects are on the rise. There are certain types of applications that may be sufficiently screened before the pre-release.

It is possible to ensure that the security stakeholders may run into scenarios where the application is not going to benefit from pre-release, as in the following cases:

Who Are The People Likely To Benefit From RASP Solutions?

The Benefits Of RASP

A Comparison Of RASP And WAF

WAF stands for web application firewall, and it is a mainstream web protection technology whose market penetration has been enormous in the last decade or so.

It is based on the principle that it analyses all the incoming traffic while looking out for predictable patterns in these known attacks. Such protection techniques are referred to as input validation, along with the data patterns that WAF protects.

It has to be stated that the WAF is not aware of the real drawbacks of its application, so there is a need to validate all input before it reaches the application itself.

Even so, it is not able to witness the impact of its pay load. An example of a dangerous consequence is in the form of an SQLite payload, where there may be a couple of SQL statements.

Since it is technology-driven or external in stature, it becomes easy to connect to this web application. But the same characteristics may drive insufficient storage, complex and expensive management, poor performance, or lack of native cloud support.

The Cases In Which RASP Is Being used

Each and every team approaches security application requirements in a different manner. Though platforms like Appsealing provide the much-needed flexibility to accommodate the main needs of the team as part of the software development cycle.

Any form of secure application starts off with secure code, but fixing the vulnerabilities takes some amount of time. In the midst of this, it would be great if you were able to protect the apps. Some of the main pain points are

An attack visibility gives a clear idea to a developer on how an application is being attacked. Pretty much in the same way as the DevSec ops can view the full attack information with the use of various types of tools.

The code becomes easy to maintain like a infrastructure as you may check it in traditional repositories. This means enhanced cloud support along with greater portability.

Developers are of the view point that applications are protected wherever it goes. Incorporation RASP as a solution means immediate reporting is possible and it is known to work well with CD tools.

What is an Initial Public Offering(IPO) And What Are The Benefits Of An IPO?