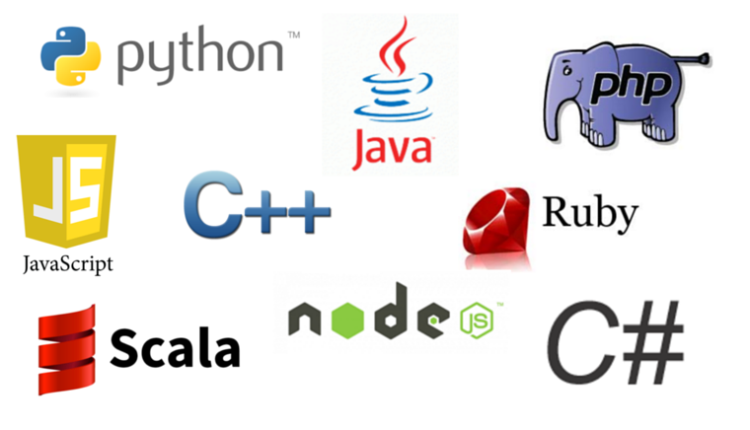 The sooner you begin learning to code, the better if you’re thinking about pursuing a career in data science. Every aspirant data scientist should start by learning to code. But learning how to program might be intimidating, especially if you’ve never done it before.

What factors should you think about while deciding on the ideal programming language for your data science career route?

The first thing to consider is the goal you’re seeking to accomplish. Varying activities will necessitate different levels of knowledge, and several languages may be more suited to the tasks at hand. The following stage is to figure out how a data science course can help you finish the job. Data science may automate or streamline several operations that you might already be doing. You must also determine your level of proficiency in the programming language(s) you already know, and then determine whether you are ready to advance your knowledge.

The last thing you’ll need to figure out is how big your company is using data science. This will assist you in determining which languages to study and how to learn to utilize them. An ambitious data scientist should consider mastering a variety of languages.

The most popular programming language to learn is JavaScript. It is most commonly used for web development because of its ability to generate complex and dynamic websites. However, in the field of data science, it has a place. Visualizations are a terrific way to communicate vast amounts of data, and JavaScript is a good choice for creating them.

While JavaScript is a fantastic language to learn, it is more of a data science tool than a core language. Because of its popularity and versatility, we still recommend learning JavaScript alongside other languages.

Java, sometimes known as “Write Once, Run Anywhere,” is a programming language that has long been utilized by major corporations for safe enterprise development and is now being used for data analysis, data mining, and machine learning.

It offers the capacity to create sophisticated programs from the ground up and can produce results considerably faster than other languages. Many people think of Java as a beginner’s language, yet nothing could be further from the truth. Java is a strong programming language that is used for a variety of complex tasks such as data analysis, deep learning, natural language processing, and data mining.

R is a robust scripting language with a variety of uses. R can therefore manage very big and complicated data sets. R is a computer language that promotes statistical computation and graphics and is extremely versatile and easy to learn.

R is swiftly becoming one of the most popular data science programming languages, and for good reason. This makes it a great alternative for budding data scientists, along with its rapidly expanding community. R is an excellent choice for data science, big data, and machine learning because of all of this.

Because C is one of the first programming languages, it’s a wonderful place to start learning data science. Most newer languages use C/C++ as their core.

Because of its capacity to compile data quickly, C/C++ is surprisingly useful for data science. This gives programmers far more control over their apps. C/low-level C++’s nature allows developers to delve deeper and fine-tune areas of apps that would otherwise be impossible.

SQL is a crucial language to master if you want to be a successful data scientist. Because a data scientist must work with structured data, SQL is essential. SQL is a useful tool for data science since it gives you access to data and statistics. Data science calls for the use of a database, which calls for the usage of a database language like SQL. Anyone working with large data will need a thorough mastery of SQL to query databases.

MATLAB is a powerful tool for mathematical and statistical computing that allows you to create user interfaces and implement algorithms. Because MATLAB has built-in graphics for making data plots and visualization, UI design is a breeze.

This language is very beneficial for learning data science; it is primarily used as a tool to expedite data science understanding. Because of the deep learning toolbox’s capabilities, studying MATLAB is a wonderful way to quickly transition into deep learning.

Scala is a powerful general-purpose programming language that is well-suited to data research. This is an excellent language to learn if you want to pursue a career in data science.

When dealing with large data sets, Scala is ideal. It operates on a Java Virtual Machine and is compiled Java bytecode. Scala may be used with Spark to handle massive amounts of siloed data. Scala’s concurrency capabilities make it perfect for creating high-performance Data Science frameworks such as Hadoop.

Another language that is gaining popularity is Julia. It’s a multi-purpose programming language for numerical analysis and scientific computation. Its popularity has grown as a result of its emphasis on performance. As a result, it has become a popular choice among high-profile companies that deal with time-series analysis, risk analysis, and space mission planning.

Data science is a rapidly growing and in-demand vocation with a variety of coding languages to choose from for various concentrations and disciplines. You’ll dabble with each of the languages listed above at some point along your journey to become a data scientist.

Python for Data Science: How To Obtain It & Top Benefits

The Best Glad Cooking Kitchen Utensils Set for Every Meal

What is the hamster ball for humans?

How to Mount Things with Molle Panels – Check Latest In 2022

What is the hamster ball for humans?

Top 17 Methods To Solve “Data File Did Not Close Properly”…

How to Mount Things with Molle Panels – Check Latest…