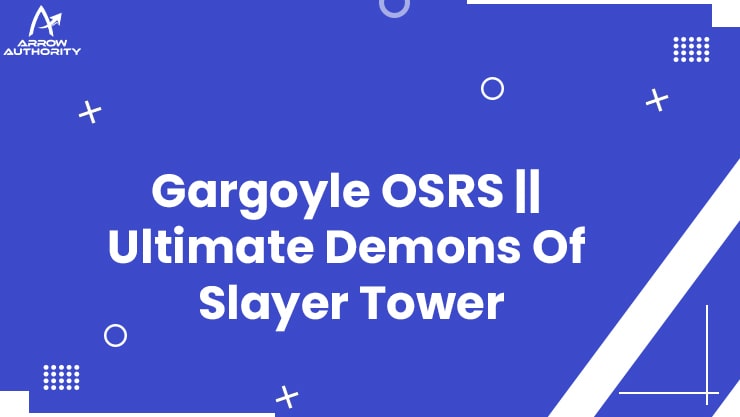 Gargoyle OSRS are a type of monster that can only be found in the basement and top floor sections. They require 75 Slayer points to kill, but if you don’t have enough like all creatures. They will not attack unless your assigned task forces them to (like Raulyn).

The Slayer Tower is a tall granite tower that Viggora, the follower of Zaros, built. It’s located in northern Canifis and houses monsters with increasingly difficult slayer levels for those who are brave enough to venture inside its three floors:

Raulyn is the ghost of a once-live man that has seen much in his lifetime. He still serves as an assistant to Viggora, who built this tower long ago and liked it. It’s how things are now with him being alive but not living at all, thanks to some obsessive servitude towards one person most likely forgotten by history themselves.

If you try attacking any monsters down here, he’ll stop your blade before stating, “only those granted access will be permitted passage.

A rock slug is a Slayer monster that requires level 20 to kill. A bag of salt or brine sabre will do the trick, but you’re not likely going up against one very often.

Because their mediocre drops consist mainly of low-level ores and seeds; however, they can occasionally drop mystic gloves.